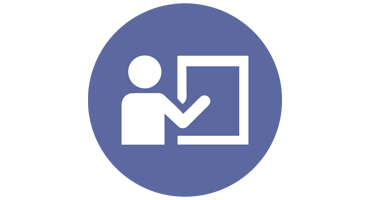 One challenge identified by Multnomah County was to improve the capacity of the court and court-related professionals to make informed recommendations and decisions regarding parenting time and custody in cases with domestic violence. Training for all family court practitioners was therefore a key activity. Programs were targeted for judges, court staff, custody evaluators, mediators, attorneys, advocates, therapists, and others, both as individual groups and in multidisciplinary presentations. Evaluations immediately following the programs were favorable, and anecdotal evidence indicates that participants are using the information from the trainings in their work. Additional data on the programs’ utility will be gathered in the next several months. Materials from several of the programs are below.

The team determined that litigants spend more time interacting with court staff than with the judge, and many never see the judge at all. Court staff, however, had previously received no training on domestic violence or how trauma can affect a person’s behavior at the counter, on the phone, or in other court staff-litigant interactions. Trauma and empathy training was offered, with sessions repeated to maximize the number of staff who could attend. Almost immediately, improved morale among court staff was noted, with staff members expressing more understanding for the people they served.

Early in the project, roundtable discussions were held with various groups, including judges, attorneys, survivors, and other court-related professionals. Information obtained indicated that litigants with cases involving domestic violence did not feel respected or understood and did not believe they were treated fairly in many instances. One activity to address this challenge was training, primarily focused on judges and court staff but also offering a session for attorneys, advocates, and other court-related professionals. The programs centered on the four principles of procedural fairness (also called procedural justice) and featured practical scenarios for participants to work through.

A brown bag series on topics related to domestic violence and custody was offered to all who had time to stop by on their lunch break. Participants generally included attorneys, advocates, mediators, custody evaluators, and other court-related professionals.

The site, with assistance from the Family Court Enhancement technical assistance team as well as the Asian-Pacific Institute for Gender-Based Violence, provided training for multidisciplinary audiences as well as specific professions such as custody evaluators and court interpreters on domestic violence and custody. Participants reported that they found the trainings helpful and practical.